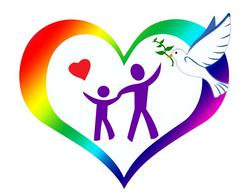 A Case Study for a 15 Year Old Hispanic Female

A fifteen year old Hispanic female, received assistance from Love House Kid’s charity in the form of psychotherapy, clothing, hygiene products, and activities shortly after being “kicked out” of her grandmother’s home when she was nine.L. has resided in several group homes and foster care facilities in Maricopa County. L.’s history of misfortune began when she was a young child. Her biological father began sexually molesting her shortly after her biological mother died of AIDS related complications. L.’s biological mother had a history of drug abuse and prostitution.L. has significant mental health problems. She suffers from depression which has emerged in the form of cutting, suicidal threats, and eating disorders. She got involved with a gang at the age of 12 where she was introduced to drug use and prostitution which later resulted in incarceration. L.’s academic functioning has been negatively affected by her social history and it is unlikely that she will graduate from high school.The above is merely a brief glimpse into the life of a child in protective services. There are many young boys and girls with similar stories. Imagine what goes on in their minds! Most of the children do not know how to interact socially. The deficiency in social skill and self-control leads to multiple placements in a home environment and disruption in their school settings. Eventually, most of the kids end up on the streets where they run into gang activity. Gang activity often involves drugs, sex, and money. It is a dangerous underground world where the children ‘ironically’ believe that they are being “taken care of.”Regarding L., she stated that she enjoyed jail because it brought a sense of certainty to her life and she knew what to expect each day. Just imagine that.L. disappeared when she ran away from a group home. Some say she went underground. Who knows…♥

Now let’s listen to what happened to CJ. In fact, CJ is helping write this story. Where will she begin?

So here a little bit of my history… I am Native American and very proud. When I was a new born baby my father went to prison for robbery and attempted murder and never accepted me as his child. My mother had a history of abuse and drug abuse so she pretty much had mental problems. When i was 3 months i was taken away from my mother and placed in a foster home. My mother didn’t get me back until I was about 4 years old but i did have visits with her. She got married and my step dad and I developed a really good father and daughter relationship. At the age of 6 I was again placed in another foster home with a family member (my uncle) because my mother was using drugs. In about a year my mother and step dad were able to bring me home again. On my 10th birthday my family started to fall apart right before my eyes, my step dad had a gambling problem and my mother started to use drugs (meth). I was always being left home alone and felt neglected. I fell in to a deep depression and needed professional help. My mother and step dad had to take me to the hospital and from there social services took over. I was moved off the reservation away from my family to Tucson Arizona. I received the mental help I needed in a mental hospital. 30 days later I was moved and placed in a group home in Phoenix Arizona for about 2 and half years. During my time in the group home I was in and out of trouble. When I was 11 years old I started cutting myself and thinking about hurting other people. When I was 12 I became a mule for a South side gang. I had to carry drugs in my backpack from point a; to point b and if I didn’t I would get beat. I had rules to go by and if I had 3 strikes I would get shot. During that time I had an unexpected visit from my mother and step dad I had not seen them in 2 years) they had came to bring me home. I was angry and confused with them but still went home. Being home with them wasn’t a good thing my mother was using drugs still and my step dad was cheating on her. When I turned 13 I finally got to meet my real father and it didn’t go well because he turned out to be a pervert and tried to sexually abuse me. My mother introduced me to meth and heroin when I was 13 and became addicted. I had 1 overdose on heroin and 1 meth overdose. I started selling drugs to help my family with money because my step dad was out of a job. When I was 14 I got arrested for arson and again went to a group home in Phoenix Arizona. I stayed there till I turned 18. My experiences in the group homes were not good. Most of the staff was on a power trip. I was only a client. That made me feels like a piece of shit. Love house kids are a good program. Through that charity, I was able to receive therapy. I got to talk to somebody and figure some stuff out. I figured out why I have anger problems, depression, authority problems, and why I hate my family so much. I met Maureen when we had an intern come in to run therapy groups. Maureen took me shopping for shoes. She also bought me a makeup kit, took me out for lunch, and let me help with some of her real estate stuff so I could develop job skills. I think that we received gifts during the holidays from the charity. Maureen would give us stuff for Christmas and Easter. That was good because we never got stuff. It was nice to know that somebody gave stuff. I think that I will be getting a computer soon. I know that I have to do something like school or work to earn the computer, but I’m really looking forward to having my own computer. I plan to use the computer for online GED classes. I also am good at web design and think that more practice might lead to something good for me."

I never thought in a million years that I would ever find such wonderful people. I want to start by telling my name and letting you know a little about my past. My name is Casi – I know, beautiful, right? I have been in the system for about four years, going on five in February 2010. I have been abused, neglected and worst of all, sexually abused. When I first started out in CPS, I was what you call a bay bay kid.  I never listened to what staff had to say. I always, and I do mean always, did what I wanted and nobody could tell me otherwise. It seems I have had anger problems ever since I could walk. I have been taken for granted so many times and to this day, I still have problems with anger. I never know who I can trust and who I can’t. I never know who to give my heart to and who to shield it from.My mother always moved from man to man, having babies with each one. I am the third of six kids, and all of us are split up in different group homes. It was then that I decided I have nothing to work for and why not just act like a fool. My motto was “Why do I have to listen to you, you’re not my momma”. Yes, those were my most famous words. I am a child trying my best to put my past behind me to raise a child of my own. I was never led by a good example. I have been going to counseling with Cathrine for about two or three months, and have far more sessions to go through before I will ever feel truly good about myself and who I have become.I know what I can do and what my limitations are. I am a very lucky person to have come across Maureen, Ginger, and Cathrine. They have helped me in so many ways. Since I have known them I have gotten a job within three months, and have another interview set up today. They have backed me up one hundred and fifty percent and never turned their backs on me, no matter what I did wrong. I have cussed out Maureen more times than I can remember (but only in my head). You best believe when I turn 18 and have my son back, I will be moving into “The Girls Place”. Yup, no doubt about that. Maureen is not getting rid of me that easily. (You’re stuck with me forever! My point is Maureen has been a wonderful role model and made me want to become an independent woman and mother.